Ortho-Bionomy is a system of working with innate reflexes. Ortho-Bionomy bodywork introduces the concept of self-correcting reflexes as the basis for stimulating structural balance and client awareness. Gentle positioning is used to relieve joint and muscle pain and reduce stress. The work is non-forceful and indirect. Through the action of the proprioceptive nerves, natural selfcorrective reflexes are stimulated, allowing the client to sense the releases and relaxation of patterns of tension and distress. Due to the gentleness of the techniques, acute pain can be addressed as well as chronic conditions that require more of an on-going process of rehabilitation. The client feels a part of the
healing process and is encouraged and empowered to awaken to the potential within him or herself.

Developed and founded by Arthur Lincoln Pauls, a British osteopath, Ortho-Bionomy has its roots in osteopathy. Osteopathic principles emphasize structural alignment and unimpeded circulation of blood and lymph for physical health. In 1964, an American osteopath, Lawrence Jones, published an article titled Spontaneous Release by Positioning. Jones found that by slowly and carefully exaggerating an abnormal bony posture in such a way as to make the patient maximally comfortable, an amazing process unfolded. The patient treated in this gentle fashion spontaneously relaxed those muscles whose spasms had been keeping the bones in an abnormal position without force and without cracking or crunching.

As a Judo instructor, Pauls had often visited an osteopath for structural manipulation treatments. Although helpful, the beneficial effects did not last. In order to understand more about how structure could be corrected and how function could be lastingly restored, Pauls became a student of osteopathy. Here he encountered the article by Jones that intrigued and impressed him and led to his dedicating himself to the principles of non-force manipulation as his life’s work. Recognizing that spontaneous release by positioning works by exaggeration of the lesion, Pauls theorized that the greater the exaggeration, the longer the release time. While working with someone whose pain prevented him from using the standard Jones’ techniques, Pauls discovered that subtle exaggeration with slight approximation of the articulate facets reduced the release time to 30 seconds. This became Phase Four of Pauls’ research.

By 1976 Pauls had developed the Phased Reflexed Techniques of Ortho-Bionomy. The term Ortho-Bionomy means “correct life study” or “science of laws pertaining to life.” Pauls defined the techniques as “the correct application of the natural laws of life.” Originally the term “phased” was used because the techniques were developed in stages. Phase One was Jones’ work, Phase Two and Three were early attempts that proved impractical and difficult to demonstrate to others. In addition to referring to the development of the techniques, time and experience has shown that the term “phase” actually describes the onion skin effect of the work. People release in phases, and at a pace that allows their body to support the structural changes. The term “reflex” is used because Pauls believed the self-corrective reflex to be the key factor. While Jones demonstrated that force is not necessary for correction, the Phased Reflex Techniques recognized and further developed the potential for self-correction through increasingly subtle exaggeration and slight approximation.

These techniques educate the client through awareness and active involvement to understand how to recognize which positions relieve the pain, and how to find the optimum position to stimulate self-correction of the reflex arc that perpetuates the pain cycle. This is especially important when the client’s compensations become incorporated into the body’s proprioceptive understanding. The proprioceptors are nerve endings that give information concerning movements and position of the body. They are located primarily in the muscles, tendons and labyrinth of the inner ear. Proprio means “of one’s own.” Through the proprioceptive system, the person integrates their physical, emotional and mental experiences into their own movement patterns.

In the case of compensations from injuries, a person may proprioceptively incorporate the trauma pattern into his or her functioning. For example, a woman has an accident that injures her normal, healthy structural pattern of movement, yet she adapts to the trauma and develops patterns somewhat more limiting, yet still functional. Pauls found that if you follow the movement patterns inherent in the tissue and are guided by the person’s own proprioceptive movement, they will come to self-correct their own structural faults with your support. At the same time, they can also release emotional and mental trauma that was generated by the injury. This work he called Phase Five. He developed Phase Five techniques to allow the person to direct their own self-correction while the practitioner follows and supports their autonomic proprioceptive movements. Pauls described this technique of self-correction as a mentally-patterned, proprioceptive, neuro-etheric, muscular reflex.

He also found that these patterns could be sensed by his proprioceptive nervous system even if he wasn’t touching the person. He found that the self-corrective reflex could be stimulated within the person by working with his hand away from the body. This method he called Phase Six. Phase Six proves useful for those whose trauma seems to be incorporated into their energy system. Yet, these reflexes can also correct the person’s structural faults, as well as bring them to a clearer understanding of the “accident” or injury. Since the techniques are non-force and non-traumatic, the client has the opportunity to consciously remember the original incident that caused the tension, and to recognize the position that releases the pattern and pain. Unlike rapid adjustments that try to correct the lesion before the person has a chance to realize what is happening, Ortho-Bionomy allows the timing to be a vehicle for consciousness. During the positioning the person can experience what causes pain, tension and stress and what relieves it.

Pauls looked upon this work as an “education of the structural faults of the body.” In his writings he said, “Remember (that) most manipulative practices are based upon forceful approaches. It has been proven that the body responds better when it is given the corrective motive for change. Change can only come about when the instincts of the body are summoned up in such a way that the body does not resist this change. Anything beyond this is force, which when applied too much, leads only to rebellion of the self instead of a re-unification of the harmonic whole.”

Luann Overmyer is a Registered Advanced Instructor of Ortho-Bionomy. 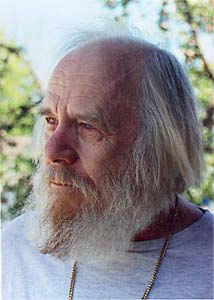